Wishing you all a very Merry Christmas!
Posted by Kat at 11:23 AM 2 comments:

A few months back, my friend Anne and I discovered little gem of a YouTube musical called "A Very Potter Musical". In our group of friends, we were the only fans, not just of the guy who played Harry but of the entire cast. We raved, we shared photos, we praised them. We sang their songs on the bus to Zambales, we searched for their other shows and we waited impatiently for the sequel, "A Very Potter Sequel". Still, it was just the two of us who went really crazy over the Starkids.

Fast foward to two months or so ago, Glee (which I had long stopped watching) introduced a new character named Blaine, who happened to be played by the same guy who played Harry in AVPM/AVPS. Immediately his popularity skyrocketed. Suddenly, everyone is a fan of Darren.

With Joiz & Ryan, we trooped to Trinoma to watch him. I'm terribly happy that he sang a lot of Starkid songs and to my surprise, a lot of people in the crowd knew the songs. It may have been called "Have a Gleeful Christmas", but that night, the Starkids ruled. It was totally awesome, and I really less than three Darren Criss.

For the song list and the links to the videos (which I'm still not finished uploading), please visit this page. :)
Posted by Kat at 9:03 AM No comments:

The country was abuzz with the news yesterday that the Bangko Sentral ng Pilipinas released the newly redesigned Philippine Peso bills. It's been years since the current designs have been out, and while there were no changes since, we've been adding some denominations to it. I remember the time when the biggest bill was P100, then they came out with the P500, then the P1000 and lastly the P200.

I also remember the P5 bill with Emilio Aguinaldo. Did you guys ever played with it and make him look like Randy Santiago? The P10 bill was the one that had a redesign before it was eventually pulled out. I wonder how these two bills would look like if they were redesigned now?

The new designs look great. I can't wait to get my hands on them. Next payday, perhaps? :)
Posted by Kat at 1:33 PM No comments:

I'm quite ashamed to say that I've never eaten at Joseph & Jaemark's Family Grill. For a restaurant that has a very long history, and for someone like me who loves to eat, that's quite unusual. So when I had the chance to try their food last December 2, I didn't hesitate.

Joseph & Jaemark's has been around for 17 years, starting out as a small hole-in-the-wall place in Cuneta Astrodome in Pasay. Over the years its moved locations around the metro, and it's current home is at Sgt. Esguerra St. in Quezon City. Moving around hasn't stopped its patrons from coming in and ordering their favorites.

While this new location is open for business, Joseph & Jaemark's hasn't had a formal and grand opening just yet. It's easily accessible from Timog, and has a friendly, homey atmosphere that's perfect for family get-togethers. As the night wears on, the place is transformed into a hangout where the crowd can enjoy good music, good food and maybe a beer or two at the al fresco space behind the dining area. Function rooms are also in the process of being built.

Dinner started off with a plate of Catfish Salad. Catfish, or hito, is commonly cooked on a grill and hardly even associated with salad. This dish, however, was a very pleasant surprise. Bits of catfish friend to a crunchy mass and placed atop a mix of burong mangga made for a very delicious appetizer. The tastes clash in a pleasant way and leaves you wanting more.

Most stuffed vegetables are filled with pork or beef. Joseph & Jaemark's uses tinapa as their stuffing, and it bursts with a wonderful smokey flavor when you bite it.

If there's one thing I noticed with many grilled foods, is that it tends to become dry the more it's cooked. This is especially true for fish. Joseph & Jaemarks's Grilled Tuna Belly is not. When it's served, it actually looks like a slab of grilled beef or pork and it has a sweet coating that is similar to the ones used in those meats. However, you will immediately notice that it is not beef or pork. It's really good.

Most coco prawn recipes have the prawns cooked in coco sauce. This Coco Prawns are not only cooked that way, but it also includes bits of coconut meat. It adds flavor and texture to an already rich dish. It's also served in a carved out coconut.

I grew up eating genuine Bicol Express, so I wasn't really expecting much with this. It's not as spicy as the ones my grandmother used to cook, which is a good thing for me, personally. It has a slightly sweet taste that balances it all out. It goes great with the meat dishes in the menu as it's got a lot of vegetables, although it feels really more like pakbet rather than Bicol Express for me.

Somehow, this dish would've paled in comparison to the previous dishes, as it was meat and it wasn't that big. But for it's very unassuming look, the barbecued pork spare ribs is a winner in my book. The meat is very tender and easily breaks with just a gentle pressure from your silverware. It's sauce is sweet and penetrates deep into the meat. The thin layer of fat is delicious when eaten with some of the meat. Highly recommended.

This was certainly the star of the night. Most grill places offer crispy pata as their main dish, but Joseph & Jaemark's has Crispy Buntot, and it tastes just as good, if not better. You can eat to your heart's content and won't worry about the cholesterol and fat. There's two sauces, butter sauce and spicy toyo. Both complement the crispy buntot very well, but you can also eat it without the sauces.

Here's something that isn't on the menu just yet, so we felt pretty lucky to have tried this new recipe. It's chicken balls, but it's quite unlike the regular ones you'd eat, thanks to an ingredient one might not probably even think of adding to ground meat: ginger.

This dessert is not on the menu either, but the lychee gulaman is delicious and a refreshing end to a very heavy and yummy dinner.

Everything I ate was a winner. If I had space in my stomach I'd go for another round of serving, but sadly, I didn't. Still, it was a very delicious dinner. My favorites were the Crispy Buntot, Grilled Tuna and BBQ Pork Spareribs.

Here are some pictures I took using the Samsung Galaxy Tab that was lent to the bloggers during the launch tour last November 28. They're not the full sized versions though. Picasa resizes them. 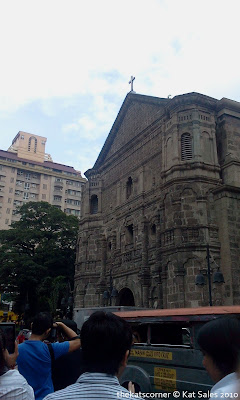 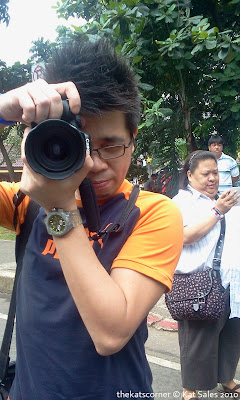 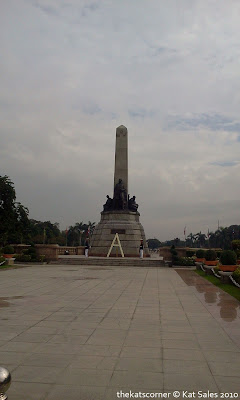 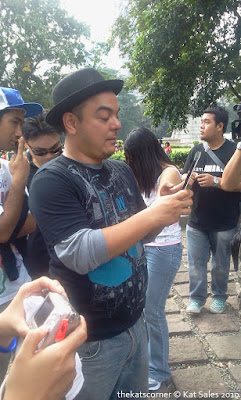